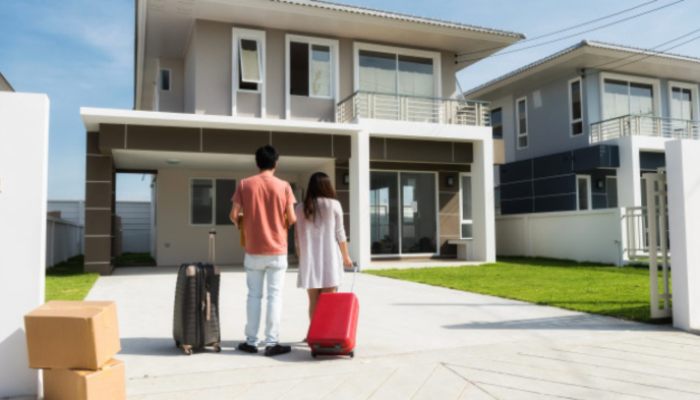 Best Time of Year to Move to A New House

When you have or simply want to move to a new house, there are countless decisions and considerations that you have to make. This can be extremely difficult so one of the most important things to decide is when you should actually move house. With all the stress, you don’t want to add any more by not sitting down and determining when you actually want the move to go through. Here’s a few things that you should consider when deciding on your move!

Before we begin with why, we would recommend moving around June or July. This is just before the end of the school term, which we think is the best.

When you have children, it can seem as though the best time to move is when they’ve finished school (if they’re not too much effort!) but we would recommend against this. Something to consider is the rise in removal services when it comes to the summer holidays. Lots of people will think the same as you and move in the summer, which greatly raises the prices of this. This means that in addition to the stress of actually moving and the costs involved already, you’ll have to spend even more to move. If you move just before the summer holidays, the cost difference is genuinely unbelievable.

Again, when you have children, this can result in issues over deciding when the best time to move is. It’s not the children that are the problem but considerations such as them settling into their new home will be going through your mind. Especially if your children are going to have to move to a new school, they’ll need plenty of time to settle into their new home before they have to go to school. Therefore, we would advise beginning the move just before the end of the school term so that they have the entirety of the summer holidays to get used to the new house. This also removes the issue of them having to move schools mid-term.

As we mentioned vaguely on the first point, moving during holidays costs significantly more than moving at any other time. However, this is not the only concern with moving in holidays. For Christmas especially, it can be a nightmare having to move. You already have what feels like thousands of presents to wrap, you don’t need the additional stress of having to move to a new house. This is certainly a brilliant way to spoil your Christmas by surrounding yourself with boxes that you don’t get to unwrap!

Another reason that Christmas (and winter in general) is an awful time to move is the weather. Yes, UK weather is never going to the best no matter the season but it is noticeably worse in winter. This can mean roads slick with rain and ice or covered with snow. This results in a higher risk of damage than any other time of the year. On top of this, it’s freezing cold! You could move whilst it’s nice and sunny or put yourself through the unbearable pain of transferring boxes upon boxes whilst it’s minus 10. Despite the traditional British weather all year round, summer is definitely more likely to be nice in comparison to winter.

When you have or simply want to move to a new house, there are countless decisions and considerations that you have to make. This can be extremely difficult so one of the most important things to decide is when you should actually move house. With all the stress, you don’t want to add any more…